Montenegro is a country of soaring mountains and deep river canyons. It was occupied by the Venetians who gave it its name and its coastal towns are often similar in character to the other Venetian towns of Dalmatia in Croatia. In recent years Montenegro has seen a resurgence in popularity for luxury yacht charters. Its natural beauty and its architecture are equally magnificent.

Founded more 2,500 years ago, Budva has been restored to its former glory. Its piazzas are buzzing. Along the coast is the exquisite island of Sveti Stefan. In the 15th century it was a fortified medieval fishing village, but is now a luxurious UNESCO-protected island and host to one of the magnificent AMAN resorts.

The bay of Kotor stretches for 30km and is one of the most beautiful fjords along the Adriatic coast. It is rapidly becoming a world-class superyacht playground. The towns that fringe the bay, such as Kotor and Perast, are small architectural wonders with beautiful churches and monasteries and magnificent city walls. Many of the beautiful large mansions built for Venetian sea captains have been restored as hotels and private houses.

We recommend spending few days in Montenegro before heading towards north, into the Croatian Adriatic, or further south to Albania and to the Ionian archipelago. 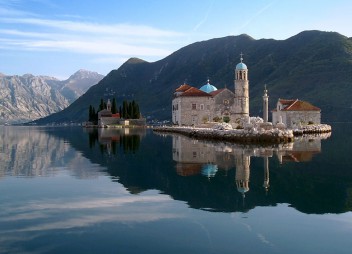 View all yachts in Montenegro